I spent nearly a year in Suva back in 2003. Since then, my overwhelming memory of Suva was constant rain and clouds. I’ve been telling people for years that Suva experiences non-stop rain. When I arrived in April 2019 again, it started to rain and didn’t stop for 2 weeks, and I thought, “Yep, this is what I remember.” But then the rain stopped and winter set in and May to September were gorgeous… weeks and weeks of clear blue sky, cool temperatures, nice breezes. What a lovely surprise. It shows how our memory can fail us.

This weekend started to get hot. We took a long walk to town, explored some smaller back streets and found this lovely little cut-through.

Wild orchids on our street

There is an orchid species blooming in all the trees around our house.  It has big bunches of small, fragrant, white flowers.  So nice!

The 15th day of Chinese New Year marks the end of the celebration. Bogor hosts one of the biggest Chap Goh Mei celebrations within a mahjong-marker’s throw from here. We went with a friend from Bogor – he is about to set off on a cycling trip from Bogor to Europe – to see the parade and celebrations. Luckily the rain subsided as the parade started and we got to see it all. All. 5 hours of parade. Local dancers. Hari Krishnas. Marching bands. Traditional Indonesian dancers, puppets and costumes. And then the endless procession of lion dancers, Chinese drum troupes, dragons and more! So exciting bit it was a long night…. and there were so many people!

Thanks to Nafal for the photos!

Bogor is a rainy city in the middle of what was once dense rainforest. Our house is on a street teeming with greenery. It is like living in a green cathedral. But that isn’t enough for me! I want a jungle IN the house!  There are plant shops lining nearly every streeet in Bogor. You can buy sod, ferns, orchids and trees! They have everything and it’s super cheap. We got an avacado tree last week for less than $10. 😎🤓 This is just the beginning.

I’ve finished the transcriptions of my raw data.  I have 57 interviews and I’ve transcribed the 42 that were conducted in English.  My research assistant is still working on the Malay and Chinese ones.  The transcription now comes to 493 pages.  I’ll spend the next month or so coding the data and trying to find some patterns.

Goodbye Transcriva!  You were free and you worked great, but I will not miss you!

The Limits of Institutional Reform

This may become one of the central theories in my PhD work.  Taking it very slow to absorb as much as I can.

An English translation of a Japanese book.  Not to my liking.  It felt too much like the author was trying to be Haruki Murakami. 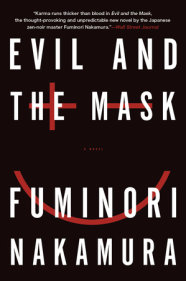 Come for a PhD, tear down a house

Accommodation in Kyoto can be tricky and expensive.  Many apartments require a deposit, key money (non refundable, usually equivalent to 1 or 2 months rent), a guarantor, and come unfurnished.  I was lucky to be introduced to Expo House (by Fareea) when I first came here.  On my first stay I rented a room in one of several Expo House ‘share houses.’   I had my own room and shared the kitchen, living room, and bathroom with the other three residents of the house.  Now I stay in an apartment managed by the same owner, Yusuke-san.

Yusuke-san on a pile of debris ready to be sent to the recycle center.

Yusuke-san has 8 Expo Houses now and is renovating an old kimono factory into a cafe/hotel/share-house.  I needed some spending money to cover my research trip costs and signed up when Yusuke-san put out a call for some part-time workers.  For the past two weeks, I’ve been demolishing walls, dismantled a freight-lift, jack-hammered concrete floors, pulled down ceilings and have moved tons of material into Yusuke’s truck.

My first day at work I was told to remove the lift from the 2nd and 3rd floors.

Taking a sledge hammer to the lift wall. Pent up frustration anyone?

There used to be a lift in that space. Now its gone. 🙂

Disconnecting the wires to the freight lift motor. I hope that the power is cut!

My colleague, Dan. We move piles of debris like this twice a day. Usually it gets thrown from the 2nd floor window!

Mr Ogawa-san is super cool and fun to work with.

Jack-hammering concrete to make way for a new staircase.

The house is framed with steel. We cleared the layer of cement off the steel floor. The steel floor will be cut out to make an atrium.

It has been great fun to do some manual labour, to see some daily progress in my work and to feel physically exhausted at the end of the day.  But, soon its back to the computer and my desk at the lab.  🙂

I got to spend a few weeks with family around the New Year and it was great!   My cousin’s daughter got married in Pennsylvania and it was a great opportunity to see everyone at one time.  My mother drove up with her Roadtrek camper and parked it in Pam and Kevin’s driveway.  They set me up in side room near the fireplace and the wood burning stove.

Some of the highlights (not including the wedding, obviously) include…. navigating Kevin’s dead car (video) while under tow, walks and playing with Jingxi (videos: Jingxi’s tree, Jingxi’s tire, Jingxi’s leash), shopping at the Peter Becker thrift shop with my mother, New Year’s Eve at Stan and Marisol’s house, watching football, driving to Wilmington, Delaware with my mom, and generally hanging out with everyone.

Jingxi at her favorite place.

The corridors of Peter Becker retirement community where my grandmother lived.

Stan and Marisol’s dogs didn’t pay much attention to the Alabama game. But they had their own fun.

My mom’s poodle, Mitzi, loves to crawl around on the dashboard of the camper van!

The wedding was lovely.

It rained a bit on the wedding day but it was a great ceremony and party.

We didn’t get invited to the rehearsal dinner so we had out own!

Breakfast around the Bedell’s kitchen table.

After the wedding trip, I was lucky enough to get to spend a few days in Cairo and catch up with my father and cousins.  It has been years since I spent any time with my cousin Nihal or her two daughters.  Malak was also staying at Nihal’s house with her little Omar.  The poor little guy was teething but after a day or so, he warmed up and was fun to hang around with.

Omar with his big curls

Omar with his big curls

Mehri made lots of time to take me around Cairo to visit some old churches, mosques, a synagogue and some galleries.  Nihal and I had a nice evening at an old Cairo cafe and then a walk around downtown admiring some of the old office buildings.

Outside one of Africa’s oldest mosques – Mosque of Amr ibn al-As. Nearby is a church built around a well where the holy family rested, and one of Cairo’s two synagogues.

Eating sweets with Mehri in Khan el Khalili – right after checking out a shop selling all sorts of protected animal parts.

A quiet street on Zamalek.

It was really nice to spend time with family.  Its hard having family in lots of different places, but it is the way my life has always been.